I spent the evening with my wonderful friend Thomenon in Berkeley yesterday, visiting our old haunts, doing our "girly things," as he said. We were laughing about how far we'd come and the troubles we'd survived in graduate school. We ate at one of our favorite restaurants and then had coffee in one of the cafes where we would sit, night after night studying for orals or "writing" our dissertations or grading terrible papers or exams. He taught me back in 1995 not to take too much time with finals, putting happy faces or sad faces by certain types of answers. "Give the students the same kind of effort they give you," he said. We remembered how we'd have to take notes on paper, while students today have laptops and tablets. Oh, the old days.

Before I dropped him off to write his conference paper, suitably caffeinated, we stopped to get some water for him. There were some beautiful twenty-something boys in the store. I lamented how our youths had passed, and how one boy looked like a long-ago love of mine. "Muppie," he said. "You spent the entire decade of your 20's crying and poor. Look at you now! Thin, gorgeous, smart, together, financially secure. You are powerful, I am powerful. I wouldn't go back to my 20's, when I couldn't figure out where the next dollar was coming from. We look fabulous; we've moved on. The people here can't make us cry now!"

I agree. I wouldn't go back to that decade, and I love my friend!
Posted by ms. marginalia at 9:04 AM No comments:

I have committed to being a part of National Blog Posting Month in November, which coincides with National Adoption Month or whatever it's called. So I will post daily during November. I am looking forward to that.

Last week I was perusing the writing and reference section in my local Books, Inc. store. Really, I was deciding whether to buy my son a Roget's Thesaurus because I am sick of helping him look up synonyms and antonyms for his spelling words online, and everyone should have a Roget's. Under Roget's, I saw a book of daily writing encouragements, and thought perhaps I could buy it for myself. But when I read it, it was $16.95 of feel-good platitudes I didn't need, except for the reminder that Strunck and White should always be out on my desk and that five minutes of daily writing is good for mental health. Now I have to see what Jenn over at Insert Bad Movie Title Here has cooked up for me in terms of prompts.

I have been meaning to write here for a while about serendipity again, and how odd strands of things keep reappearing in my life, tugging me back to certain topics. Several weekends ago, I went to see a fascinating exhibition of photography by Man Ray and Lee Miller at the Legion of Honor in San Francisco. It chronicled (mostly) their tempestuous collaborations in the years 1929-32, and I have always been drawn to Paris and Surrealism at that time. I had forgotten just quite how devastatingly beautiful Lee Miller was; I think I stared at some photographs of her face and body for half an hour. Her feminist view of herself, in contrast to Man Ray's view of her, was also thought provoking as the curators had set it up. 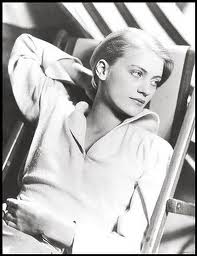 And the poignant pain of loss that Man Ray felt when Miller left him, and her eye on the metronome in the sculpture, "Object To Be Destroyed," meant for catharsis: just wow. He could never bring himself to crush it. When students in Paris actually did destroy it in Paris in 1957, Man Ray was furious. I understand why. Her eye, her eye! 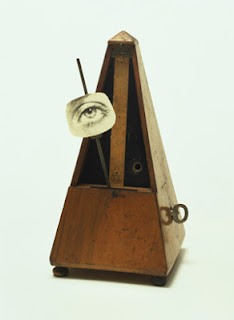 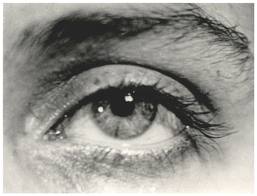 Then on Monday, which happened to be my son's birthday, I was coincidentally in Berkeley. I stopped by a bookstore I sadly don't frequent anymore. I was meandering through the fiction and history, and then the small foreign section caught my eye. There was a used collection of essays by Gerard de Nerval, the 19th-century essayist and poet who had profoundly influenced the Surrealists. I hadn't read Nerval since college, and my recent rubbing of shoulders with Man Ray and Miller put me in the mood to revisit his world. Why not delve into the feverishness of someone who is said to have walked a pet lobster, Thibault, on a ribbon through a park in Paris? That's my kind of man!

The kind of man, moreover, who may have led Dali to create mad shit like his Lobster Phone. I would go visit the phone regularly in my 20's at the Tate when I lived in London. And when I learned he made this particular phone for a poet: even better!

To round out the darkness/tragedies of the week, I took my elder son to see Swan Lake performed with bravura by the Mariinsky Ballet (formerly the Kirov). I adore the twisted story of Swan Lake, as people who have read here before know. The score is dark and haunting, and the dancing of this version displayed a virtuosity I had not seen in years. Odette/Odile was horribly delicate and and poisonous. The dancers were clearly having fun, moreover, and my son was entranced. My only true complaint was that they changed the ending! The Russians, of all people, changed the ending! Odette didn't die; Rothbart was killed and everyone lived happily ever after. Seriously? What's the point? Bowdlerization is for shit. What's next? Anna Karenina where Anna and Vronsky run off into the sunset?

The Surrealists would be most disappointed in this turn of events. I had to sigh. I believe, most strongly, that people can handle the tough as well as the good. There is darkness in humanity, and it's all right to access it and recognize it. There is also wonderful light, and sometimes the light wins in the end. But not always. Life is messy. Acknowledge it. That's what makes things interesting; the difficulties may make us crazy, but if we pretend everything is nicey nice, we are denying reality.

I will see you here on the First of November, if not before. In the meantime, I will try to internalize some of E.B. White's thoughts on seriously good writing.

I leave you with one of Nerval's poems, translated by A.S. Kline.

Well, then! All is sentient!
Pythagoras

Free-thinker, Man, do you think you alone
Think, while life explodes everywhere?
Your freedom employs the powers you own,
But world is absent from all your affairs.

Respect an active spirit in the creature:
Each flower is a soul open to Nature;
In metal a mystery of love is sleeping;
‘All is sentient!’ Has power over your being.

Fear the gaze in the blind wall that watches:
There is a verb attached to matter itself…
Do not let it serve some impious purpose!

Often a hidden god inhabits obscure being;
And like an eye, born, covered by its eyelids,
Pure spirit grows beneath the surface of stones!